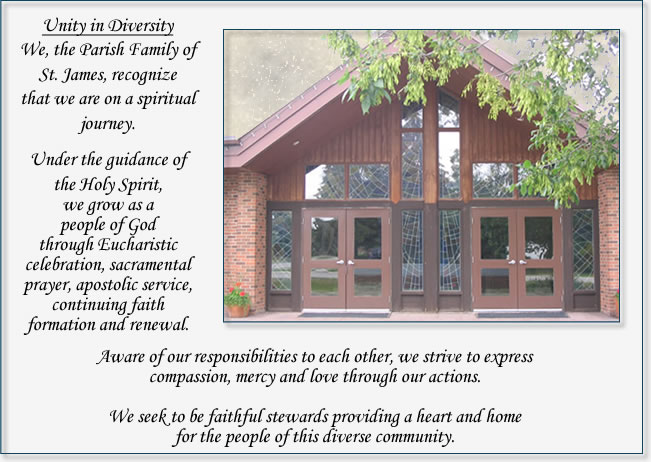 On Oct. 22, 2011, during the solemn Mass at a Barnabite Parish of St. James in Oakille, Ont, Canada, The MostReverend Douglas Crosby, O.M.I., Bishop of Hamilton delivered this homily. 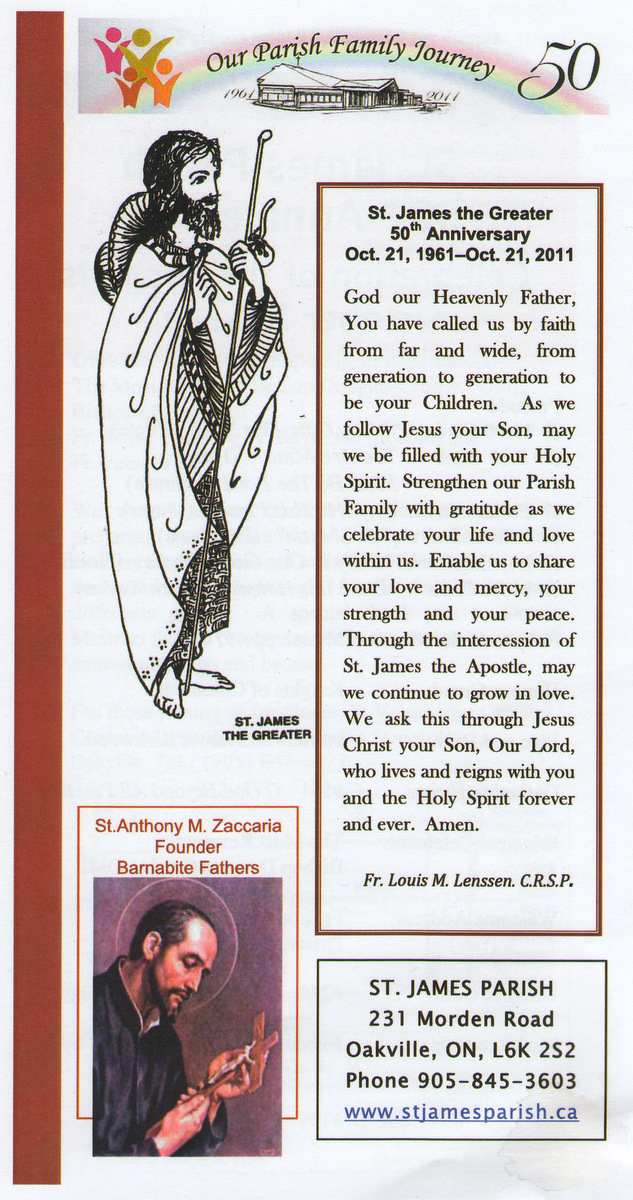 Musical Pelude to The Eucharistic Celebration

On Saturday, October 21, 1961, a new parish was established in Oakville and entrusted to the care of the Barnabite Fathers. On October 22, 1961, the Most Rev. Joseph F. Ryan, Bishop of Hamilton, celebrated the first Mass in the Catholic Center, the seat of the new parish, on Morden Road.

In May, 1963, a small house was purchased adjacent to the Catholic Center and served as rectory until 1973. Church construction began on September 30, 1963. Bishop Ryan blessed the new church on April 12, 1964. St. James had the distinction of being the first church in Canada with an altar facing the congregation.

A new rectory was completed in May, 1973. In 1986, a new entrance was added to the church building and a weekday chapel was constructed. 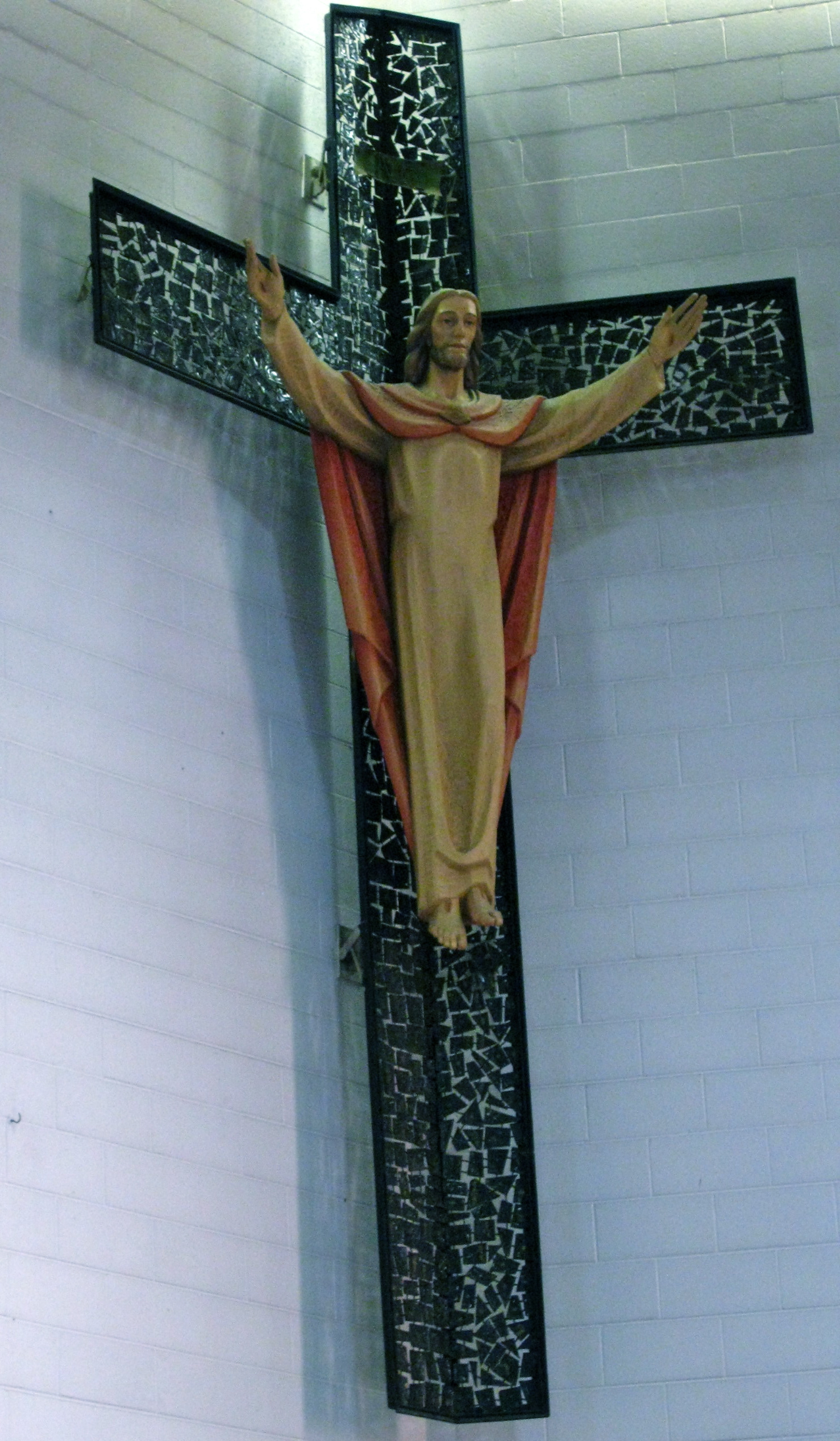 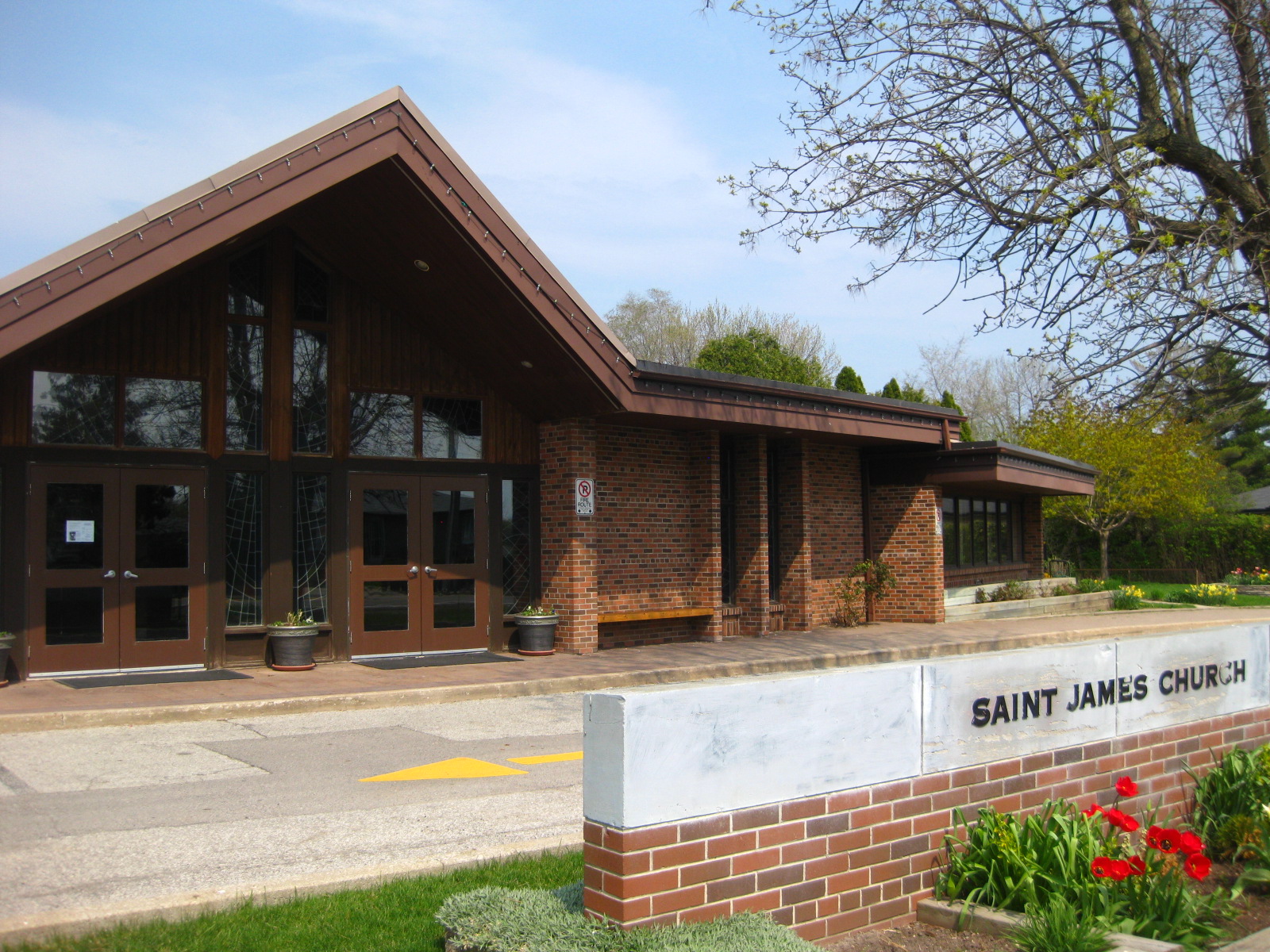 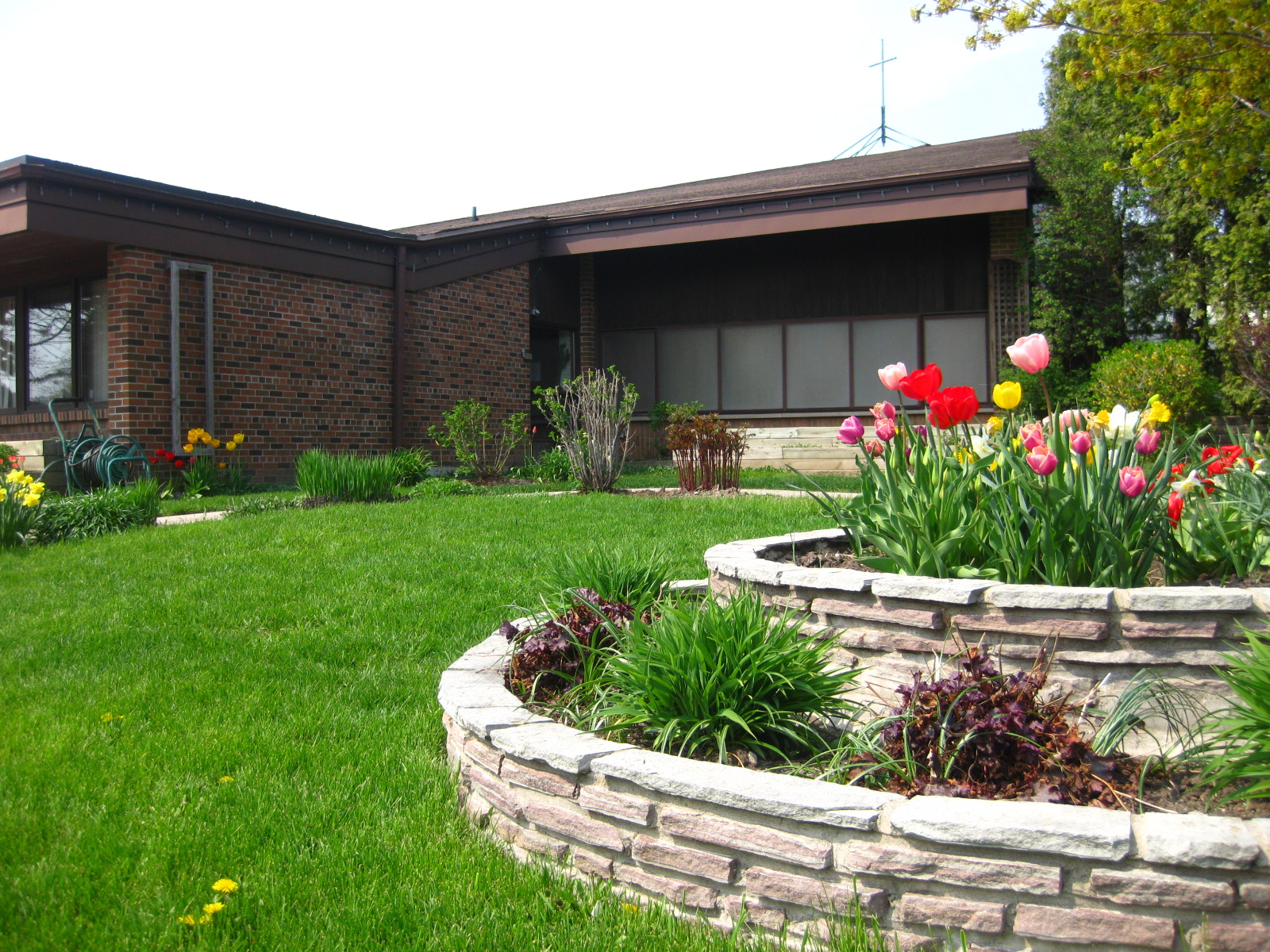