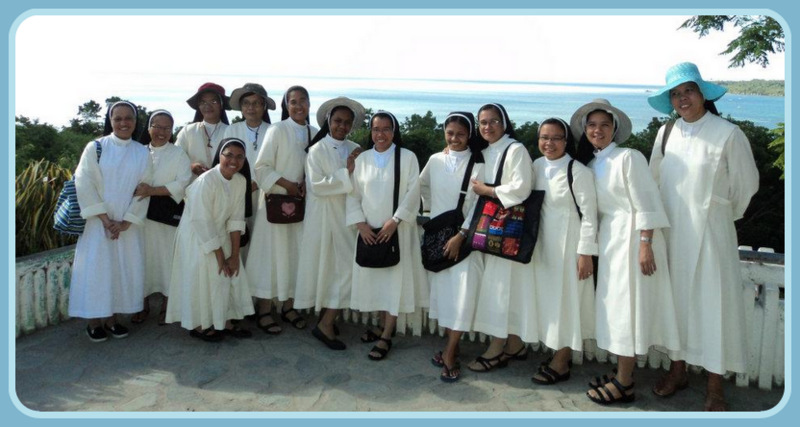 The Angelic Sisters were founded in the sixteenth century (1535) in Milan (Italy), by St. Anthony Maria Zaccaria. Their purpose was to be co-workers with the Barnabite Fathers (founded by the same founder) in bringing about a renewal of faith in a society that had become very worldly. 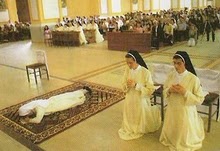 In 1552, by a Papal decree, the Angelic Sisters were asked to become of cloistered life, thus discontinuing their active apostolate.

It was not until 1926 that another Papal decree, dated July 5 (feast of Saint Anthony Maria Zaccaria) authorized the Congregation of the Angelic Sisters of Saint Paul to restore its original purpose of active life.

The Angelic Sisters of St. Paul serve God's people in the following ministries:

• Teaching in nursery, elementary, high schools, and colleges
• Working in Mission Countries
• Pastoral ministry to the sick and elderly
• Hospices for the elderly
• Pastoral counselling of men and women in prison
• Religious education
• Eucharistic ministry to shut-ins
• Youth ministry
• Vocational Apostolate
• Ministry in Spiritual Centers
• Open to other needs of the local Churches
The spirituality of the Angelic Sisters is modeled after St. Paul: living and announcing the mystery of Christ Crucified and living in the Eucharist; testifying humbly and fervently the faith in Him and the love for the neighbors through various apostolic activities.
In the Philippines, the Angelic Sisters own and run the Mother of Divine Providence School (MDPS), Marikina. MDPS is a Catholic Pre-School, Grade School and High School for boys and girls duly-recognized by the Department of Education. MDPS is a member of the Catholic Educational Association of the Philippines.

“Our Congregation, founded in 1535 in Milan, represented something quite new at the time. the Angeliche were the first order of non enclosed nuns with an active apostolate, and an essential ideal of education and reform. The first sisters were often sent to revive convents in decline and to rekindle Christian fervour which had been lost ”.
What were the difficulties encountered by the new Institute?
“Our charisma of education in the faith met with widespread ignorance. The Angeliche, worked with the Barnabites, organising popular missions in parishes to remind the people of the basic principles of the faith. In 1552 came the cloister, which the Council of Trent ten years later was to make compulsory for all female congregations. From then, until the Napoleonic suppression, in 1810, the Angeliche were one the Church's many contemplative realities. In 1846 the last Angelica died, then with the new foundation in 1879 thanks to Barnabite Fr Pio Mauri there began a new season and growing commitment in social assistance”.
Returning to the roots?
“In a sense yes, seeing that Saint Antonio Maria Zaccaria wanted us also in active apostolate. The opportunity came during the Great War in our convents at Arienzo, in Campania, where the sisters, with the support of the local bishop and the permission of the Holy See, took over the direction of homes for war orphans and dedicated themselves to catechism. In 1926 a Papal Decree re-established our original charisma, giving a new physiognomy to the Institute ordering the fusion of formally autonomous convents and the birth of General Chapter. Not long afterwards we began our missionary commitment, today still in expansion”.
Missionaries where and with what programme?
“In 1922 at Arienzo the first aspirants arrived from Brazil - where the Barnabites had been working for some years. Brazil today forms a Province: we have 10 houses and 43 women religious out of a total 65 of non Italians. Other countries followed Brazil: Belgium (1935), Congo (1963), Spain and the United States of America (1965), Kossovo (1976), Philippines (1986), Chile (1993), Poland (2005), Indonesia (2006) and Rwanda, where we run an orphanage for 140 children. In our missions we focus on Christian education and instruction, adapting our activity to the local school system. Wherever we go we either build our own schools of all grades (kindergarten to high school) or work in existing schools with a good number of our sisters as well as helping with pastoral activities in parishes. In Italy, we have 12 houses and a total 79 sisters involved in education. The Istituto San Paolo in Rome has 600 pupils”.
What do you expect from the Year of St Paul?
“In depth study of the figure of St Paul and his Letters, will give new impulse to the whole of our family – St Paul's priests, religious and lay people.
*Published in Vatican City (Agenzia Fides) FIDES DOSSIER entiled "Missionaries in the Footsteps of St. Paul (Religious Institutes inspired by St Paul)  Oct 25, 2008