“Since we have chosen such an Apostle as guide and father…it would not be proper that
in the ranksof such a captain there should be soldiers who are cowards and traitors,
or that the children of such a great father should be degenerate.”
St. Anthony Mary Zaccaria, The Exhortation of October 4, 1534 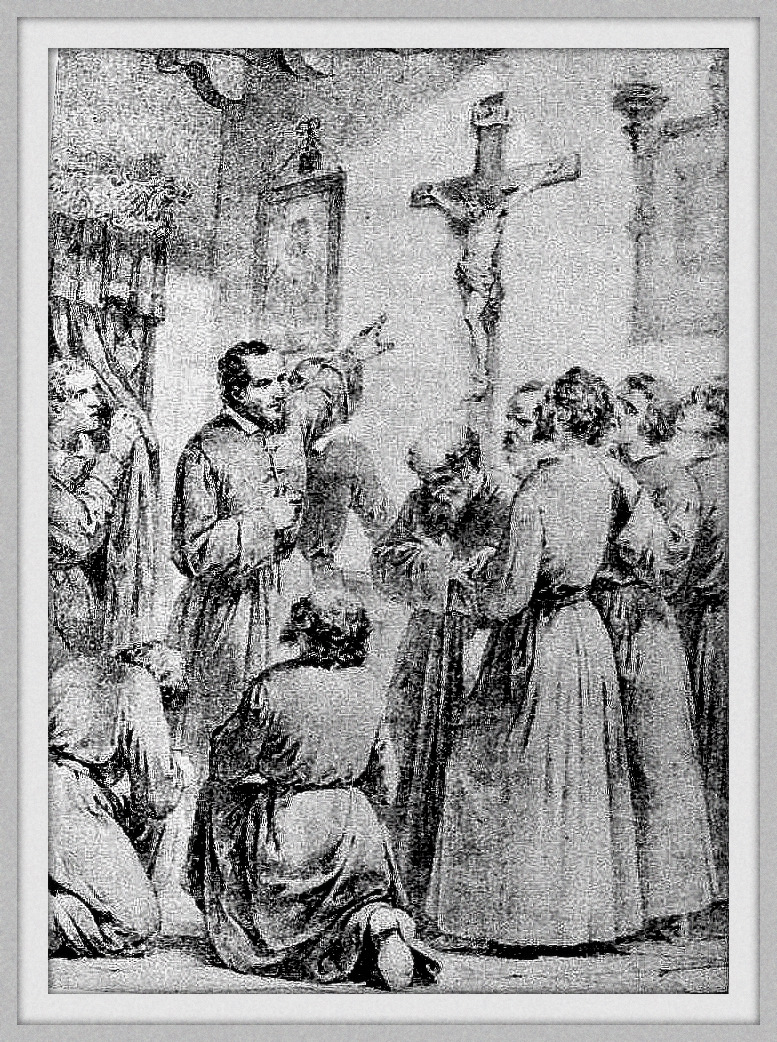 The Exhortation of October 4, 1534 (or Sermon 7) was delivered by Anthony Mary on feast of St. Francis of Assisi.  Anthony Mary exhorts his companions1 in the wake of bitter accusations, threats, and persecutions from evil and worldly people.  To understand the nature of the persecutions against this newly born Order ( Barnabites) it is necessary to acquaint ourvelves with the historical background of that year. Angelo Montonati describes in the following way.

- Our Persecutions: Pre-announced by Christ
- Our Attitude in the Face of Persecutions
- The Advantages of Patience
- The Example of Jesus Christ and of St. Paul
- Our Vocation: A Participation in the Suffering of Christ
- The Model Offered by the Liturgy of the Day: St. Francis of Assisi
- Conclusion: St. Paul, Our Father and Guide

Historical background surrounding the persecution and

And, concluding with the Apostle, "let us also lay aside every weight and the sin that clings so closely, and let us run with perseverance the race that is set before us, looking to Jesus the pioneer and perfecter of our faith, who for the sake of the joy that was set before him endured the cross, disregarding its shame, and has taken his seat at the right hand of the throne of God.

Consider him who endured such hostility against himself from sinners, so that you may not grow weary or lose heart. In your struggle against sin you have not yet resisted to the point of shedding your blood."16  And let us also “commend ourselves, as servants of God, in every way: through great endurance, in afflictions, hardships, calamities, beatings, imprisonments, riots, labours, sleepless nights, hunger; by purity, knowledge, patience, kindness [... ]with the weapons of righteousness for the right hand and for the left; in honour and dishonour, in ill repute and good repute. We are treated as impostors, and yet are true."17

Therefore, since we have chosen such an Apostle as guide and father and have committed ourselves to follow him, let us strive to put into practice his doctrine and his example. It would not be proper that in the ranks of such a captain there should be soldiers who are cowards and traitors, or that the children of such a great father should be degenerate.